…took place in beautiful Lillehammer, Norway, week 41. I was invited to speak about how I have been investigating the Islamic State (IS) during several visits to war-stricken Syria, and about how valuable it can be to do this investigation on the field, where it all happens.

By visiting frontlines, and just conquered areas, military bases and towns, I have been able to reveal IS as hypocrites, who completely against their own propaganda are using narcotics and various pharmaceutical drugs. With me on the stage I had pills found from an IS base outside of Sarrin, and of course a few pictures from when I found a very large bag of cocaine from an IS local commander, in Kobane last year.

But through this investigation on the field, I have also been able to write about just how advanced the de facto nation-building of IS really is, when they are replacing the Syrian state and governmental funtions with their own system. This is something we rarely see in the Western press, but to get a deeper knowledge about this is important if we are to understand them, and what they do, better. Of course this led to loud protests from someone or two in the audience. It can still be very controversial to speak of IS as something else than just a simple ”terror group”.

The panel discussion together with Rana Sabbagh and Hanene Zbiss can now be seen online. 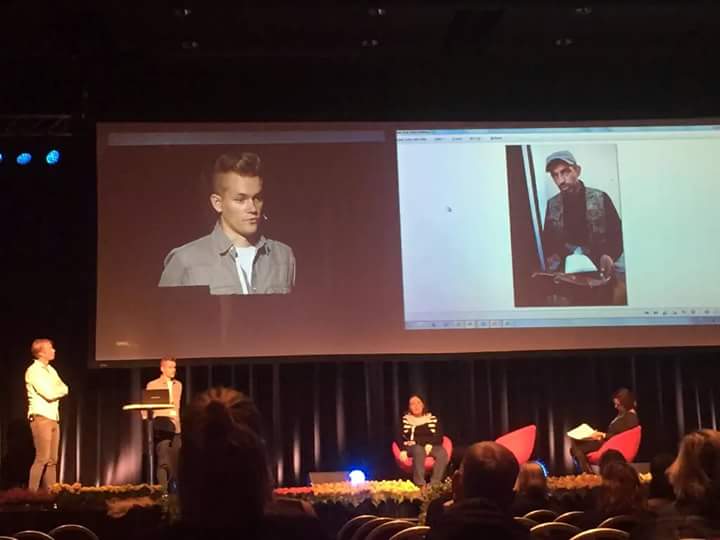